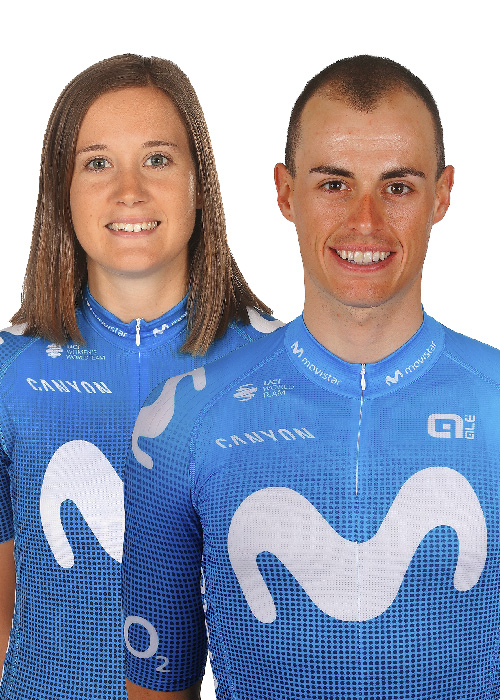 The Movistar Team is the longest-running, most successful squad in pro cycling’s top tier, the UCI WorldTour, in which the top 19 men’s cyclist teams compete at a global level.

2021 sees the Blues’ men’s team fulfil their 42nd consecutive season of activity with a roster of 29 riders. The squad also includes a 14-member women’s team, active since 2018 and part of the highest tier, the UCI Women’s WorldTour. Qualified professionals in support of those on the bikes complete an organisation employing nearly one hundred people.

Together with more than 900 victories as a professional, Europe-based men’s structure -as well as more than twenty already obtained with its women’s squad-, the organisation has achieved six yearly titles as the best team in the world in 1992, 2008 and – under Telefónica’s sponsorship – 2013 to 2016 consecutively.

INDIBA is an effective treatment for a range of musculoskeletal problems.

“Apply INDIBA in the daily massage offers us a plus to recover the muscle tone of the riders, it helps us to reduce the inflammation on the legs and provides and extra in the recovery of the muscle injure after the effort.”

“When the rider presents a pathology due to a fall, a hit or because of a repetitive effort, we apply INDIBA to locally control the inflammation. In many occasions just with the manual treatment we are limited in such acute injuries, in those situations INDIBA gives us a great opportunity to help in the recovery of the damaged tissue.”